Friendships are an integral part of our lives and wellbeing. Did you know that lack of friendships – whether from lack of interaction or from lack of intimacy – can damage our health more than smoking, obesity, or being a lifelong alcoholic? When is the last time you checked in on a friend you don’t talk to regularly? Have you lost touch with one of your best friends?

Friendships are foundational for our health, happiness, longevity, and personal growth.

Shasta Nelson is a keynote speaker, author, and leading expert on friendship. Shasta is on a mission to help create healthier friendships in this world, one audience at a time.

Frequently featured in the media as a go-to resource on healthy relationships, Shasta has been interviewed live on several television shows including Katie Couric’s Katie, Fox Business, The Early Show, and The Today Show.  Shasta was recently interviewed on The Steve Harvey Show, sharing her expertise and helping two old friends who were reunited on the show, after not speaking in six years. 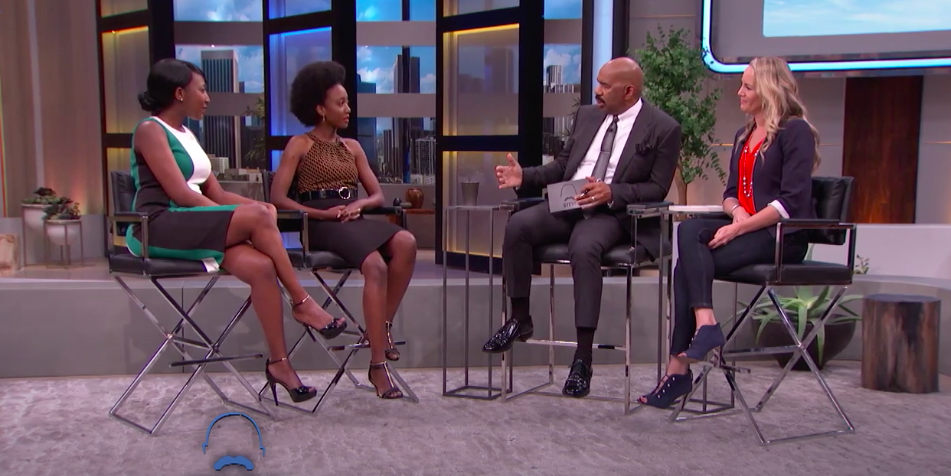 The presence of friendships can buffer our bodies from absorbing the impact of stress, inspire us to be more of who we are, and leave us with what we most crave: belonging.

Steve asked Shasta about the definition of friendship and why it’s important in our lives.  She explained that feeling supported is the number one factor that impacts our health, life, and longevity. Friendships are more important than many people realize.

The two friends on the show were asked to explain their side of the “falling out” and Harvey asked Shasta her take on it. She explained that positivity “fell out” of their relationship and they were left no longer feeling seen, loved, supported, and safe.

Shasta continued to explain the three tiers of “The Frientimacy Triangle,” further explained in her book Frientimacy: How to Deepend Friendships for Lifelong Health and Happiness and how the two friends have to start at the bottom to build their friendship again. The Frientimacy Triangle is a tri-fold approach to embracing and deepening friendships by enhancing positivity, consistency, and vulnerability in all relationships. Her recommendation was to focus on positivity and bringing joy back to the relationship.

Shasta connects your audience to each other and teaches them how to build healthy relationships in their personal and professional lives. To bring Shasta to your next event, contact us HERE!

The Importance of Friendships at Work
July 24, 2019

Keep in touch with us!
Search
Categories
Go to Top