Lessons for Every Organization from the Penn State Football Program 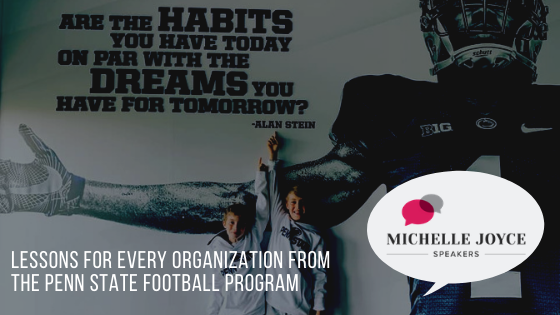 What does Alan Stein, Jr. have in common with Ghandi? They both have quotes featured on the walls at the Penn State Football Training Center. 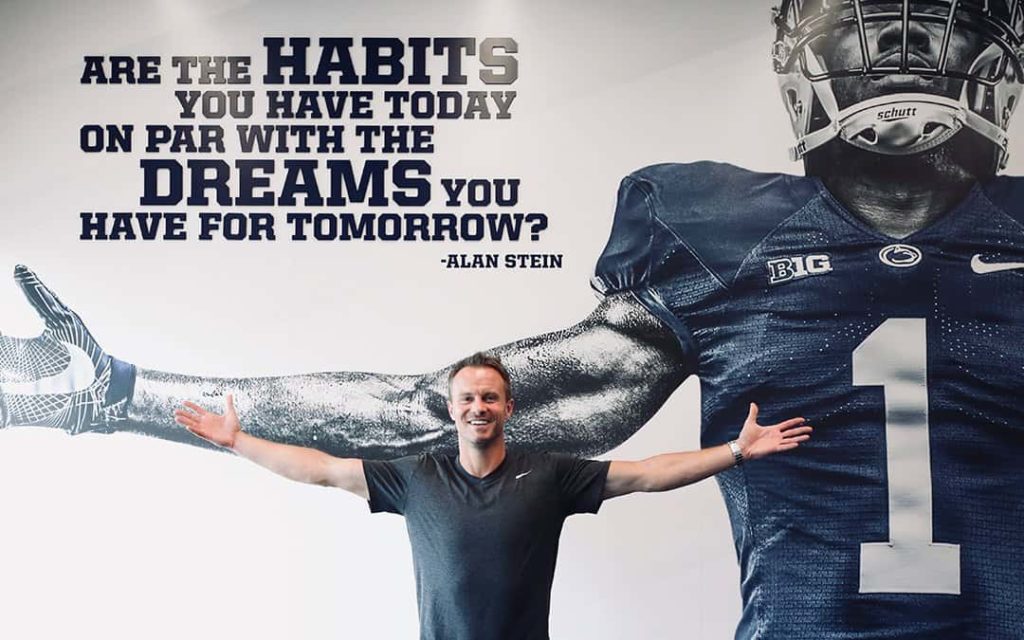 Alan’s infamous question, “Are the habits you have today on par with the dreams you have for tomorrow?” is one he often asks his corporate keynote audiences.

As an esteemed performance coach, Alan spent 15+ years working with the highest-performing athletes on the planet (including NBA superstar Kevin Durant) and now transfers his vast experience to help businesses and organizations develop championship-level performance, leadership, culture, and accountability.

Having recently spent two days observing Head Coach James Franklin and the Penn State Football program before speaking to the team, Alan described the football program and their members as elite.  Leading a program that was once decimated by scandal and turmoil, Coach Franklin and his staff have since created, developed, and fostered a [new] cohesive culture.

In his recent article, 7 Lessons Every Business Should Learn from Penn State Football and Coach James Franklin, Alan shares important lessons for every organization and a short clip of his behind-the-scenes experience with Coach Franklin and his staff. 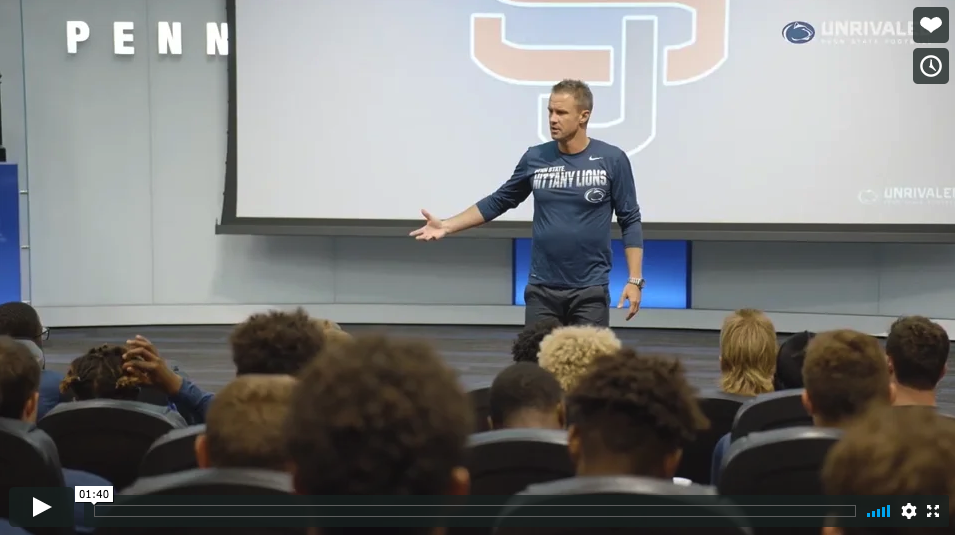 To learn more about Alan’s programs or to bring him to your next meeting or event, contact us HERE.

Quiet Quitting and the Crucial Things You Need to Know to Protect Your Business
November 2, 2022

What Are the Keys to Customer and Employee Retention?
August 26, 2022

Keep in touch with us!
Search
Categories
Go to Top